What comes into the mind of travellers when we talk about sea, sun and sand? Phuket must definitely be one of the answers. A number of exciting activities can be found on this island. In the early days of regional maritime trade, the cape of Phuket was locally referred to as Jung Ceylon, while locals called it Thalang, which evolved to be the name of the main town to the north of the island. As the perfect stopover sheltering traders from monsoons, Jung Ceylon welcomed merchants from India, Persia, Arabia, Burma, China, and also Siam. During the 16th century, the island was a popular trading port for tin. In 1785, Thalang town was surrounded by Burmese troops who invaded the coastal area. It was under the leadership of Chan, the widow of the governor, and her sister, Muk, who united the local residents and successfully fought and drove the invaders out of Phuket. It took over 30 days for the defending troops of Phuket, under the command of Chan and Muk, to claim their victory. As a result of such heroic deeds, noble titles were granted to Chan and Muk as Thao Thep Kasattri and Thao Sri Soonthorn, respectively. They are still highly respected by Phuket residents even today. When the city was in a peaceful state, the development of mining was so unprecedented. Chinese businessmen and miners later migrated to Phuket and soon enjoy thriving wealth. The island’s long history has shaped the Phuket of the present with its diverse ethnic groups, culture, architectural influence, and fine cuisine. These attributes have made Phuket a complete tourist destination that offers a lot more beyond its natural heritage of sea, sand, forest, and world-renowned diving sites. Sino-Portuguese architecture casts its spell delighting travellers to the city, while Phuket style of hospitality has never failed to impress visitors from all walks of life.Getting to Know: 1. Phuket is located approximately 862 kilometres south of Bangkok. 2. There are only two seasons in a year the green season (May to October) and the hot season (November to April). 3. Phuket is divided into 3 administrative districts: namely, Amphoe Muang, Amphoe Thalang and Amphoe Kathu. 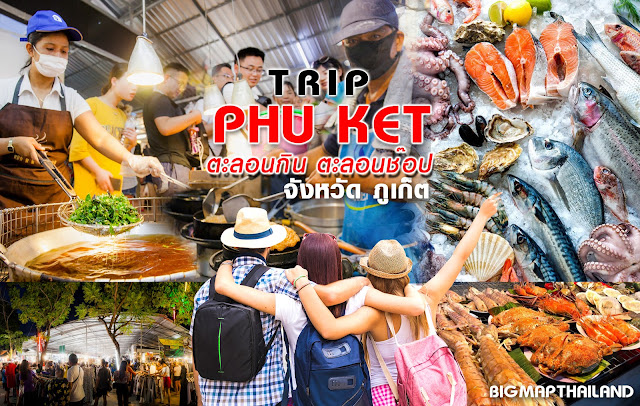 As mentioned, Laem Phrom Thep ago. Many people familiar with the often heard from, whether it is in both radio and television. This is a very beautiful view of Phuket Cape is at the southern end of Phuket Island. The locals call it pitched to you. Away from the beach, about two kilometers Surin Bay is a popular tourist destination among tourists from both Thailand and Bangladesh. At sunset the evening it was time to watch a sunset before the horizon gold moved downwards to disappear with the sun, especially during late December through March. That is frequented by tourists massively special.
Laem Phrom Thep Cape is at the southern end of the island. People called acute whom the cliff there is a sugar sloping down to the tip of the reef that can be walked Tong tipped with views of the sea, emerald green and saw glass on the front spikes. the right to be seen along the beaches of Nai Harn Beach. Looking further steps would not be possible from sight. “Lighthouse Kan Rd Laem Phrom Thep” amid towering promontory surrounded by sandy beaches, emerald green area. Lighthouse was built on the occasion of His Majesty’s celebrations of 50 years, with a width at the base, 9 meters high, 50 feet by the light from the lantern of the lighthouse that can be seen far in the distance to 39. kilometers for a lighthouse, you can visit the exhibition about the history of the Lighthouse. Treatment Time Calculate and display the time the sun rises. The top of the lighthouse is also a popular point of view the “Panorama”, a spectacular unforgettable memories of tourists.

If not, then you do not come to Phuket to Patong Beach and would both gain nothing and lose the most budget that has it. It is known internationally as well as domestically and abroad as the most famous beach in Phuket and has caught the very first of those tourists that it is. It is well known that I have to Patong Beach in Phuket, Chiang Mai, it’s like going to Doi Suthep. With the natural beauty that has built up into a paradise on earth. Tablets beaches of fine white sand stretch to align themselves with beautiful crystal clear waters in which to relax and swim. Including maritime activities. Many popular applications such as jet ski and speedboat so that visitors can relax by Al drug disposal according to taste. This beach is a popular getaway starred with leisure tourists all year round. Also, it has a wide range of hotels to choose from. Including stores And facilities in areas such as transfer points for travel destinations. Taxi Services The parking lot is equipped. However, with the starred places of those travelers. The parking lot was still unable to meet the demand of tourists anyway. Especially during the festival. If you want to relax. I must tell you that if you do not plan ahead and book in advance, it may not be disappointed.

You can also travel across to Paradise Beach Phuket in a short time, too. It is not far away from Patong Beach. It held that the beach was once again a power to fulfill it.

Next Kata Bay to the north, there are only low hills. Separated only But if you go to the middle of the bay, Karon and Kata village. The road from Kata Bay to approximately 3 km over the Bay of Kata Karon Bay. There are long stretches of beach North Beach dunes rise as a big pine tree. And palm trees in general. Karon beaches, bays and white, and very detailed.

.
Rawai Beach is a deputy from Patong Beach. The restaurant on the beach a lot. Popular dining by the sea. Tourists, both in Thailand and overseas. Rawai, this counts. Is another point For a boat of tourists to the island in toughened. More water play Or do other activities in the area around the beach.